Formula E Can’t Save the Planet, but the Motorsport Can Sustain It

Alejandro Agag began working on media rights and sponsorships in Formula One about 20 years ago. Business was good until one potential sponsor, just before signing a contract, raised concerns about associating itself with motorsports, whose poor track record on sustainability was antithetical to its brand.

Soon thereafter, on March 3, 2011, Agag dined at a Parisian bistro with Italian politician Antonio Tajani and Jean Todt, then the FIA president, who proposed an electric car racing circuit. They memorialized the idea on the literal backside of a napkin with an addendum from Agag of “I should be promoter” accompanied by a smiley face.

That plan was realized in 2014 with Agag launching Formula E as founder and chairman. Now in its eighth season, Formula E, which counts Liberty Global and Discovery Communications as its lead investors and Swiss electronics giant ABB as title sponsor, has grown to valuation said to be over $1 billion. Its 16-race 2022 season includes stops in nine countries, including two New York City races on July 16 and 17.

“I wish it were for my love for the planet—which, of course, exists and is there—but it was more for the worry of losing all our sponsors that made me really think of trying to find a more sustainable motorsport,” Agag said.

That very phrase—“sustainable motorsport”—seems contradictory. But in Sept. 2020, Formula E became the first global sport to receive certification for a net–zero carbon footprint.

“The reality is that, yes, it was probably seen as an oxymoron,’’ Formula E sustainability director Julia Pallé said. “However, the vision and the mission of the business was really clear in terms of its sustainability, focus and aspiration.’’ 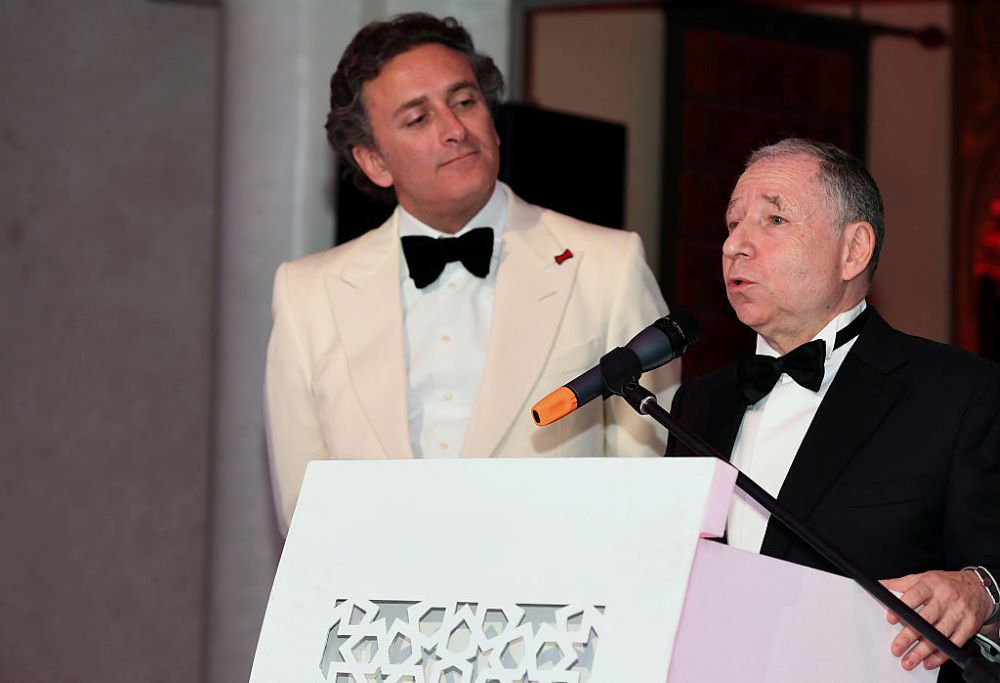 Formula E founder and chairman Alejandro Agag, left, and former FIA president Jean Todt, at the mic, brainstormed the electric racing circuit in 2011 with an eye on appeasing sustainability-conscious sponsors.

While Formula E mimics the structure of Formula One with big city races—albeit called an ePrix instead of a Grand Prix—Agag also imagined another new circuit, Extreme E, in which electric SUVs compete in regions intentionally chosen to highlight the effects of climate change. Its inaugural 2021 season included races in the Saudi Arabian desert, oceanic Senegal, arctic Greenland, the island of Sardinia and the eroding coastline of Dorset, England.

“Let’s use the races to showcase what’s happening in those places because a lot more people watch motorsport than nature documentaries,” Agag said.

Never one to sit idle, Agag has also been involved in developing E1, an electric powerboat racing championship, projecting its first race—a Sea Prix—for Summer 2023. That circuit is being created in conjunction with high-tech sailing series SailGP.

From the very first race, Formula E has collaborated with the sustainability consultant Quantis to measure every output, reduce emissions and offset the rest through wind and landfill gas energy generation investments. The accounting is meticulous and includes not only the sourcing of car manufacturing, shipping freight and staff travel—but also the spectator travel, waste management and the sourcing methods of their suppliers. 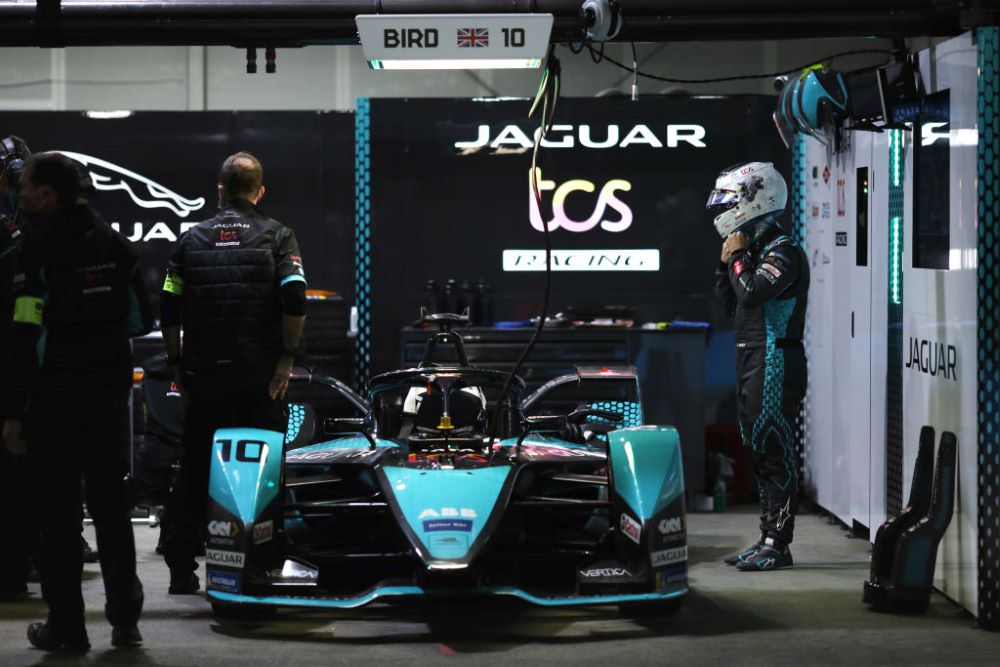 A Formula E racecar being charged, all part of why it became the first global sport to receive certification for a net-zero carbon footprint.

The preponderance of carbon emissions, between 70 and 75 percent annually, comes from freight. Pallé said logistics partner DHL has been an innovative collaborator. They’ve tried to manage the schedule to permit greater use of road or sea transport, rather than the higher-impact air travel. They’ve introduced biofuels. But the reality, Pallé said, is that international sport is inherently “a traveling circus.”

“Every day, there’s a moment in my role where I think about freight, and I talk about freight,” she said, noting the opportunity therein. “That’s really where the championship for me is—playing its full role as a platform to test innovative and sustainable solutions.”

For Formula E to be an effective messenger, however, “We know we have to be great sport,” said its chief strategy and business development officer, Hannah Brown. “For all of our partners, we have this platform that allows them to come and story-tell through that, and our responsibility is to make that platform as big and as powerful as possible so that those messages can be told on the broader stage.”

Prior to the 2021-22 season, Formula E revamped its qualifying process, effectively removing the handicap that prevented the best drivers from routinely claiming the top positions in the starting grid. This simplified its sporting narrative and made the standings less jumbled. “Sports needs stars,” Brown said. She noted that the circuit’s live viewing audience has doubled since its fifth season despite the challenges of aligning global time zones. 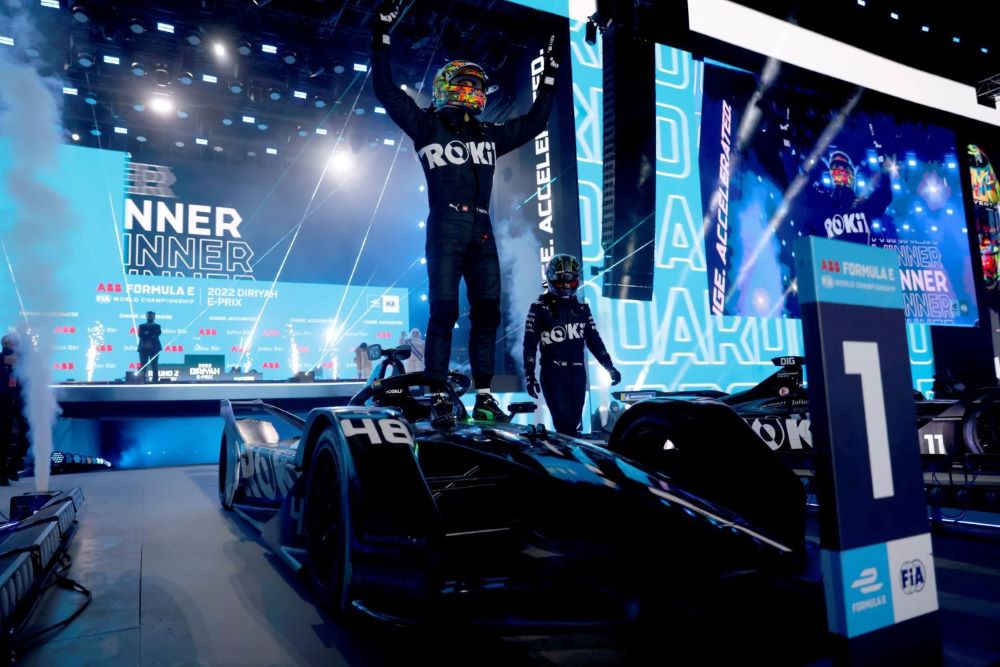 While Audi, BMW and Mercedes recently have left the field of Formula E’s list of OEMs (original equipment manufacturer), Jaguar renewed its long-term commitment last summer—and Maserati announced its intention to join during the ninth season when Formula E’s third-generation car is unveiled. The new machine will produce 40 percent of its energy from regenerative braking, feature front and rear powertrains, be capable of 200 mph speeds and recycle carbon fiber taken from broken parts.

“We’re not focused on being leaders, but we’re focused on creating change,” said Envision Racing driver Nick Cassidy. Added his teammate, Robin Frijns, “We are showing the world that electric cars aren’t really boring like they were 10 years ago,” saying that there no longer is any sacrifice when opting for electric over gas-powered.

Other racing circuits are looking into similar paths. NASCAR president Steve Phelps said at last year’s SportTechie State of the Industry that “hybrid technology as the power plant is something that we’re exploring with our existing OEM partners,” emphasizing that the OEMs want “technology relevance.” New NASCAR COO Steve O’Donnell reiterated that interest last month, going so far as to say there is active exploration of an electric exhibition series.

Let’s use the races [in areas affected by climate change] to showcase what’s happening in those places because a lot more people watch motorsport than nature documentaries.

Electric vehicle sales grew to 6.6 million in 2021, roughly 9% of the global market share and tripling its total in two years. Still, Brown noted that adoption is in the lower portion of the S-curve. Maybe the most important step Formula E has taken in proving the value of EVs was in 2019 when it partnered with Belgian company Umicore to recycle its batteries.

“It was very important for us to showcase that we could recycle the battery cells,’’ Pallé said. “If you go back eight years ago, it was in the general public perception still very much a barrier to the sustainability credentials of the electric vehicles themselves.

“I always give this as an example, because I find it mind blowing: Umicore is the second–biggest gold producer in Europe, but they don’t have a mine. It shows how effective the recycling process is.” 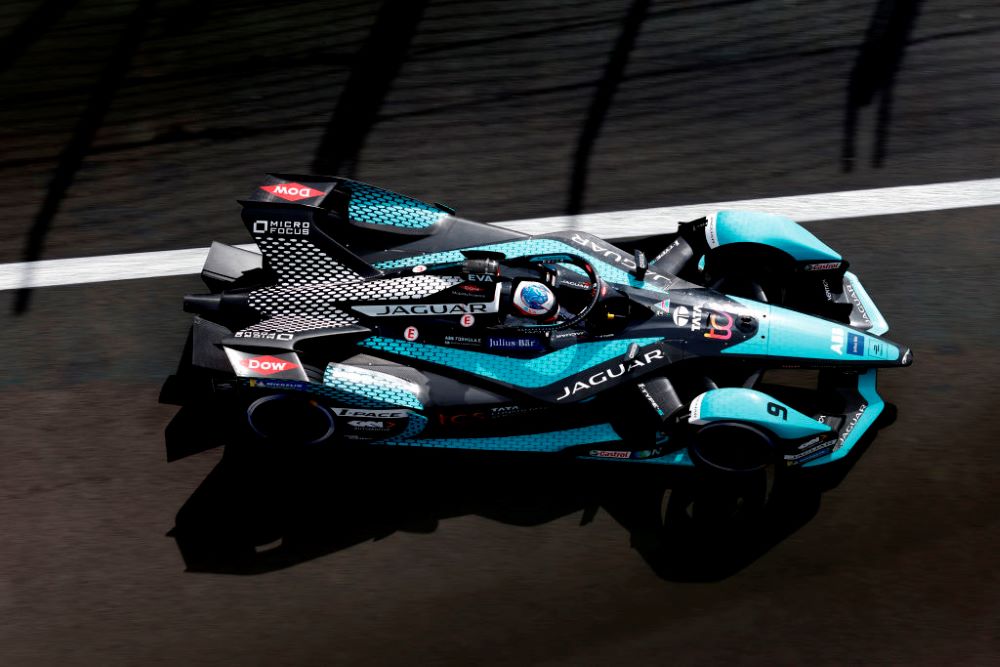 Thus, these racing circuits are arguably the most important vehicle—literally—to driving further acceptance of EVs in the consumer market. Brown described the net-zero carbon goal as “table stakes” for credibility and predicted that, one day, the world will reflect on electric versus gas engines as the same type of anachronism as non-smoking versus smoking sections of restaurants.

“I’m pushing the envelope on reliability, on performance, on safety, with the idea of selling cars,” said McLaren Extreme E driver Tanner Foust. “That’s what keeps the motorsport world going around, and the idea is, if you can get over the hurdles where people don’t buy EV cars and prove that they can handle the most extreme environments in the world, a lot of their objections go away when they’re just driving on the street.”