Our eight annual Mouse Madness tournament has come to an end and we have crowned our champion. Disney’s Polynesian Village Resort has earned the title of tournament winner and the top Walt Disney World Resort hotel. 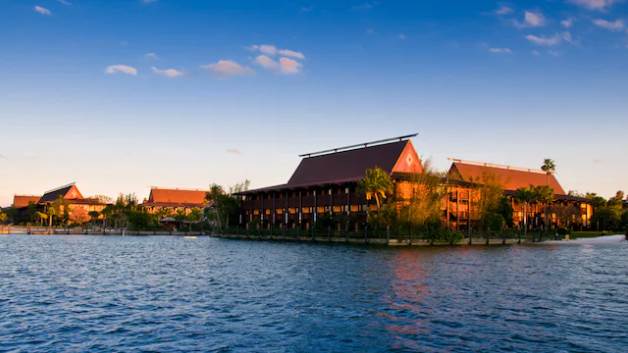 Our final matchup wasn’t all that close. The Polynesian beat BoardWalk handily, collecting more than 70% of the vote to claim the championship.

The bracket didn’t completely pan out the way we predicted during our Selection Sunday show, but we knew from the beginning that the Poly was going to be the favorite to win it all. The top-seeded hotel in the Magic Kingdom region made shot work of the Contemporary, snuck by Wilderness Lodge, handled Animal Kingdom Lodge and then took down BoardWalk to finish off its run.

Before we call it a year, let’s take a look back at this tournament:

The two vs. three first round matchup in the Hollywood Studios region proved to be an exciting one. In the end, Art of Animation squeaked out a victory by gathering just over half of the vote.

Animal Kingdom Lodge proved to have the easiest road to the Final 4, taking 83.3% and 86.3% of the vote in its first two matchups. The latter was the most one-sided contest of the entire tournament. Coronado Springs never stood a chance.

Some of us at LP recognized the greatness of BoardWalk before this tournament began, but it was far from unanimous. The top seed in the EPCOT/Disney Springs region, handled Saratoga Springs easily before getting past a tough matchup in Yacht and Beach Club and defeated Riviera to get to the finals. It was a great run for a great hotel. 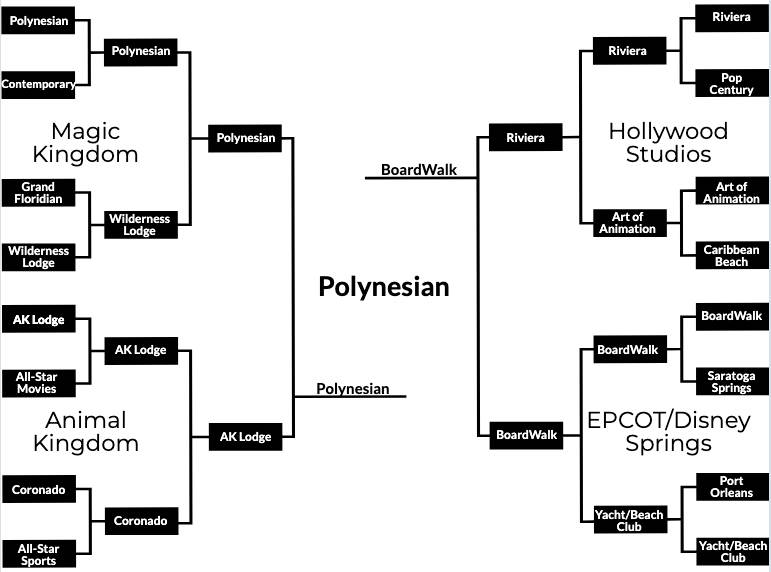 Be sure to return next March for another Disney-focused tournament when Mouse Madness returns!