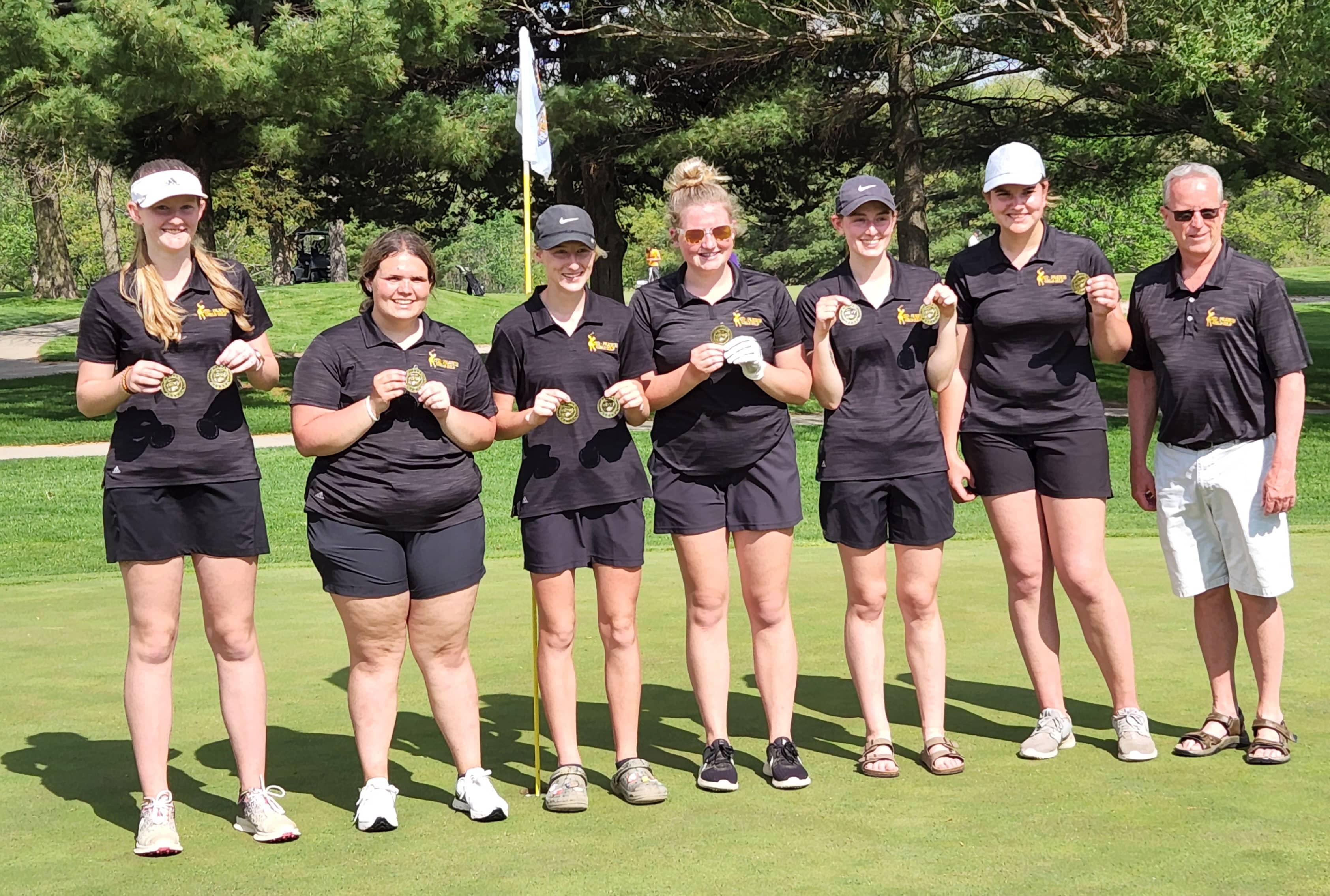 The biggest tournament of the season is Wednesday for the Mid-Prairie girls golf team when they travel to the West Liberty Golf Course for the Class 2A regional finals. The Golden Hawks advanced through last week’s first round regional on their home course in Kalona with their best performance of the season, a best-of-the-year front nine 201, backed up by an even better new best-of-the-year back nine of 194 for a 395 to take the team title. Mid-Prairie was led by a trio of Hawks at 98 including Madelyn Bender, Madi Davidson and Gabi Robertson. On the year, the Hawks have an 18-hole average of 417, led by Davidson at 106.

Joining Mid-Prairie in the regional final today are Anamosa and their average of 418, led by Lexah Miller’s 103, Dyersville-Beckman with their average of 403, led by Shea Steffen’s 96, Denver and their average of 429 led by Bailey Nuss at 107, Louisa-Muscatine with a 440 average and individual leader Madison Bieri at 105, Mediapolis with their 453 team average and individual leader Olivia Hines 93, Monticello and their 437 team score average with Jaelyn Aitchison leading the way at 104 and Wilton with their team score of 433 on average led by Joann Martin at 104. The top two teams and top eight individuals including ties advance to the state meet next week in Cedar Falls. Action continues all day Wednesday at the West Liberty Golf Course.