A Guest who visited the Walt Disney World Resort has fans completely divided over how she was able to get a Disability Access Services Pass at the Resort, according to Newsweek.

In an online video that has been viewed more than 700,000 times, Kayla Ripp (@kaylaripp) documents her day at the Disney Parks, beginning with a plan for cutting lines for attractions, per her caption. She says she’s heading to get a disability pass. 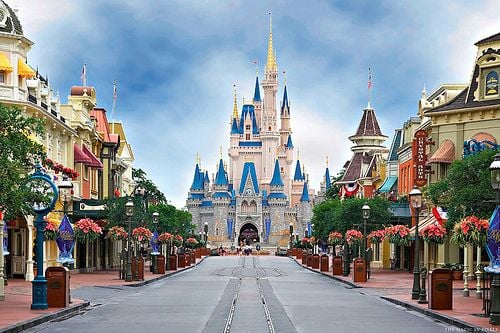 RELATED: Mom with disabled child gets hate-filled parking violation on her van at Magic Kingdom

“On our way to get our IBS disability pass to cut all the Disney lines,” the caption from the online video reads.

In her video, which has been taken down, the woman claims that her diagnosis of Irritable Bowel Syndrome, or IBS, allows her to secure a disability access service pass at the Disney Parks. The video showed footage of several people at the loading zone for an attraction, but there didn’t seem to be a line for the ride.

Kayla’s video was titled, “How you rig the system,” which made many viewers question her intentions and her credibility in claiming such a diagnosis. Others, however, could relate to the video and to Kayla, saying they wish they had known an IBS diagnosis qualified them for a disability pass.

According to Disney World‘s website, the Disability Access Service Pass, also called a DAS Pass, is intended to help Guests who have “difficulty tolerating extended waits in a conventional queue environment due to a disability.”

When the DAS Pass System was first rolled out to Guests, the service was available to Guests with cognitive disabilities, as well as disabilities that required the use of a wheelchair or motorized scooter, but that changed several years ago. Today, Disney World‘s website specifically says that Guests with mobility disabilities are not eligible for DAS. 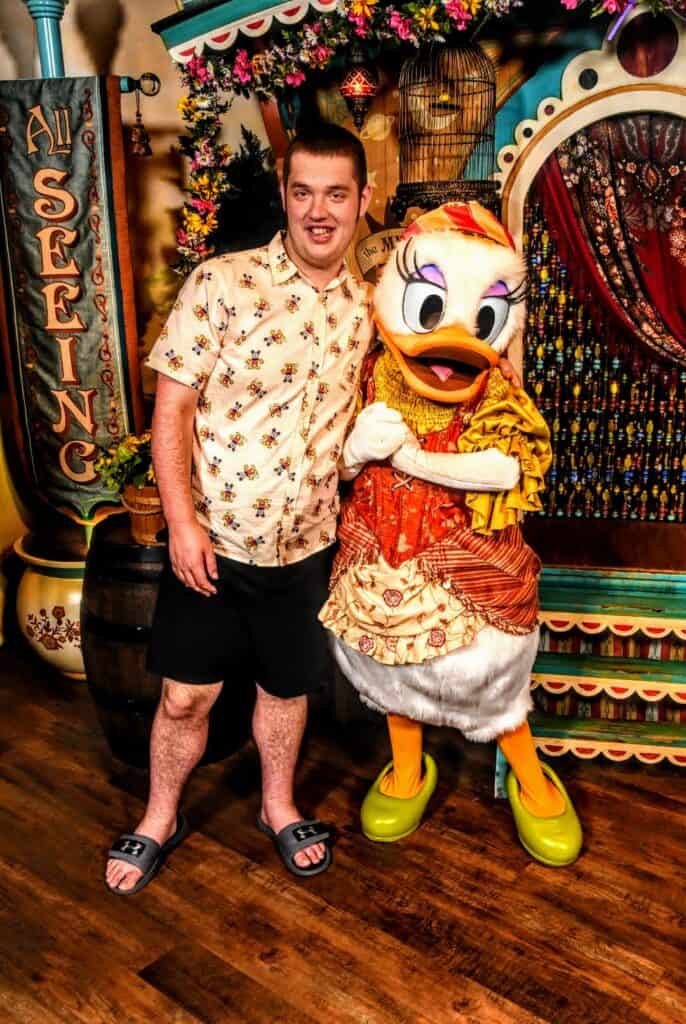 This is largely due to the fact that Disney World is disability-accessible, meaning that ramps and other elements are in place in the parks so that Guests who must remain in their wheelchairs or on their scooters can still make their way through attraction queues, and enter different buildings and restaurants throughout the Walt Disney World Resort.

Disney World‘s website does clarify that the Disability Access Service Pass does not allow a Guest to cut in line in front of other Guests. Rather, it allows a Guest to request a return time for an attraction that would be comparable to the time he or she would experience the attraction if he or she were able to wait in line. This allows the Guest with a disability and his or her traveling party to enjoy other areas of the parks until that return time arrives.

The DAS Pass operates like a virtual placeholder in the queue for a Guest and his or her traveling when a Guest is unable to wait in line because of a disability or diagnosis. 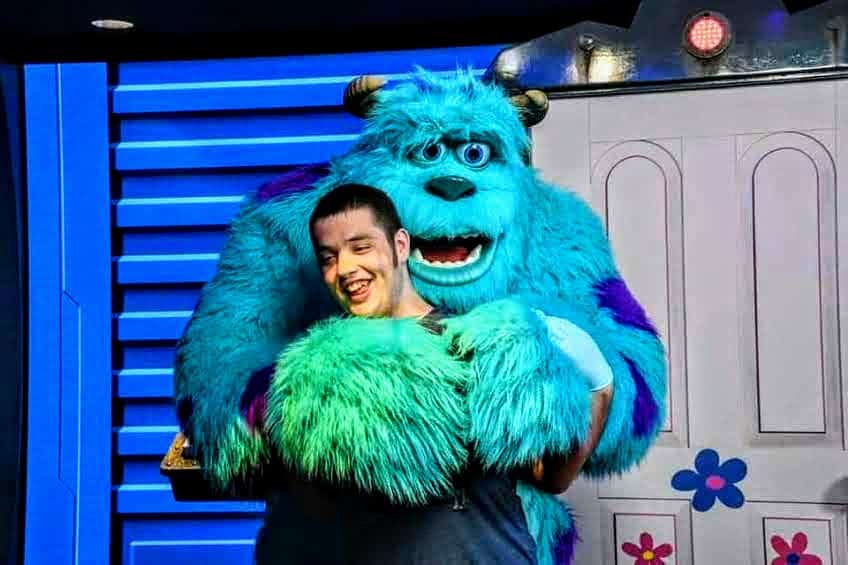 A disability such as Autism can preclude a Guest from being able to wait in the queue for extended periods of time. Children and adults with special needs of varying degrees may also be eligible for the Disability Access Service program.

But Irritable Bowel Syndrome could create a legitimate need for a DAS Pass, based on the symptoms of the syndrome.

According to the Mayo Clinic, “Irritable bowel syndrome (IBS) is a common disorder that affects the large intestine. Signs and symptoms include cramping, abdominal pain, bloating, gas, diarrhea or constipation, or both. IBS is a chronic condition.”

Chronic diarrhea could preclude a Guest from waiting in line for an extended amount of time.

Many viewers were angry at Kayla after seeing her video, but considering the symptoms of the syndrome, it could make sense that a Guest with IBS might not be able to withstand extended wait times in the queues at Disney World, and some of her viewers agree.

“People upset have clearly never had to struggle with the urgency of IBS,” read one post. “Most of us don’t eat at theme parks out of fear [of] a flare-up while in line.”

“Omg, you get it for IBS??!!” asked another viewer in a post. “I have literally waited in so many lines, just to have to skip the ride because [my IBS] strikes and I can’t make it.”

But there were still many viewers who were angry with Kayla over the video.

One user pointed out that Kayla bragged about beating the system with the title of her video.

“We know [IBS] is a real condition and needs accessibility,” wrote one user. “No one is doubting that. What’s giving [us] the ick is ‘that’s how you rig the system.’”

Another user was very upset with Kayla, commenting that the title to her video “violates [Disney’s] terms and can result in a lifetime ban.” Incidentally, if Kayla’s video was reported to Disney Parks, that could be the reason the video is now unavailable online.

One viewer accused Kayla of abusing the system in place for those who truly need it.

“This doesn’t sit right with me–abusing the system when people with actual disabilities need these benefits,” the user posted.

In the comments section of the video, Kayla commented that she and her sister have both had to have medical procedures. She says together, they’ve had “over 20 surgeries” and that both women have “their own disabilities.”

Kayla posted, saying that the video was “just for jokes.” Another user who has the same last name as Kayla commented that Kayla does truly have IBS. The user further commented that there was “no need for the hate.”

Defending Kayla from the negative comments online, one user posted, saying, “These comments need to chill. If you don’t have IBS you don’t know how debilitating it can be at times. Not up to you to judge what she needs!” 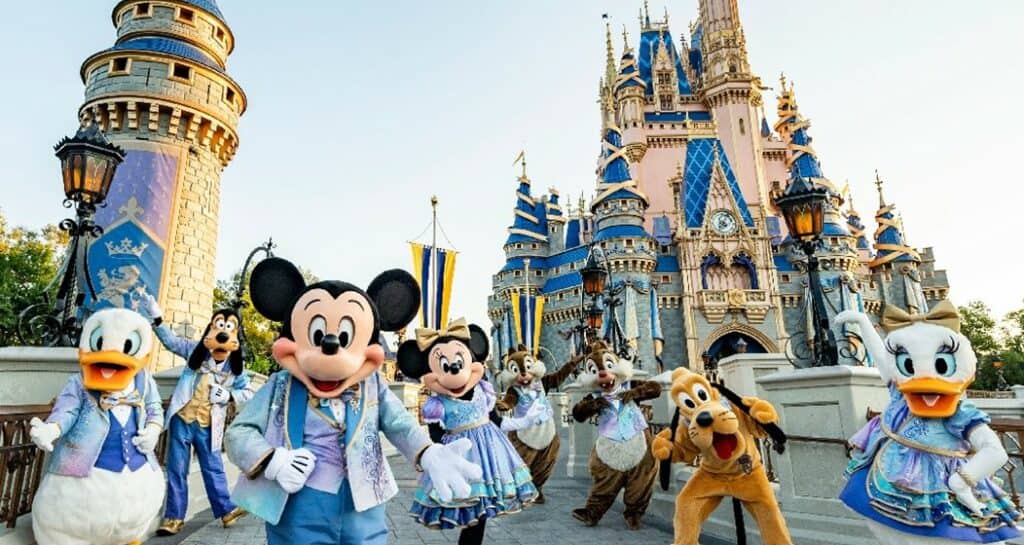 Disney World has recently made significant changes to the Disability Access Services Program. The new program allows Guests to pre-register for the DAS Pass before they ever visit the parks. Before this change, each Guest who needed a DAS Pass was asked to visit Guest Relations on their first day in the parks so that information could be gathered about the Guest. Then a Cast Member would take a photo of the Guest and enter their information into the system so that it was linked to his or her plastic ticket or MagicBand. Guest Relations Cast Members were also able to link the Guest‘s family members to the system as well. This allowed for the traveling party to always accompany the Guest with a disability on each attraction or ride.

Guests can still visit Guest Relations inside each of the four theme parks at Walt Disney World to begin the DAS process. The new program also allows for a same-day return time self-selection tool. This allows Guests to make return time selections right from the My Disney Experience app during the day of a park visit, rather than needing to approach the individual attraction kiosks to obtain a return time.

“Any member of a DAS party can obtain a return time for the whole party, but the registered Guest using DAS must be present when the DAS return time is redeemed. Return times do not expire, but a party can only hold one active return time.

Guests can also visit Guest Relations or speak with a member of the Guest Experience Team to receive return times when using a mobile device is not possible.”