Rogers City’s Mikaela Bannon is preparing for the experience of a lifetime. She is Michigan’s representative in the Miss Volunteer America (MVA) pageant set for next week in Jackson, Tennessee. The 2020 graduate of Rogers City High School who attends Northern Michigan University is one of 47 contestants for the first-ever MVA pageant to be staged in the Carl Perkins Civic Center May 4-7. 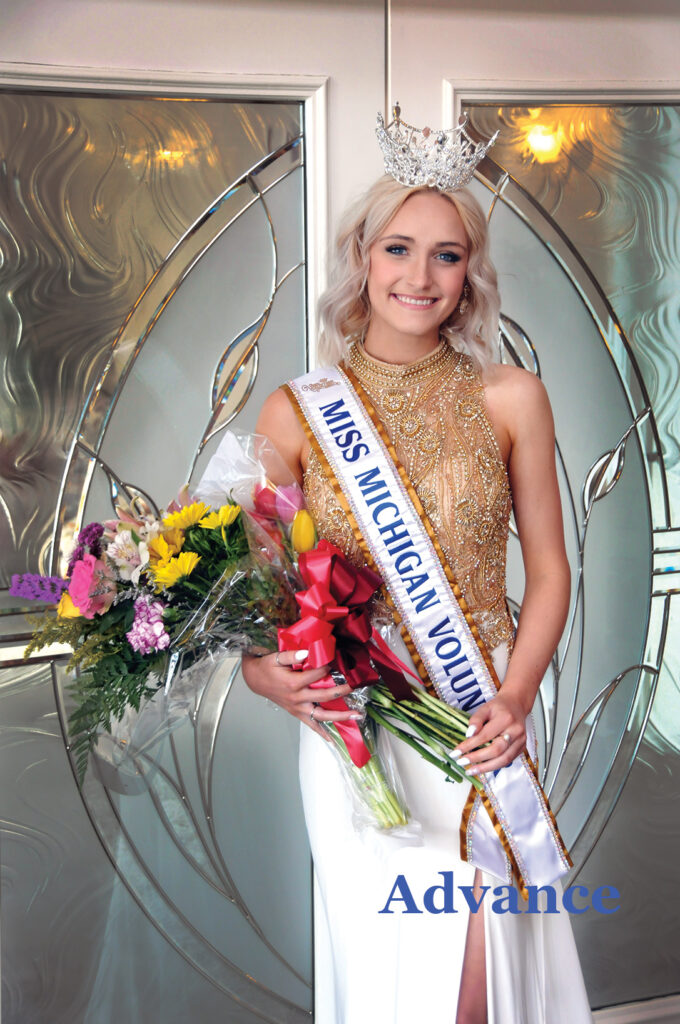 “I am very excited. It is almost like it’s not real. I don’t think it has really set in yet, in a way,” Mikaela said. She flies to the event Sunday to begin a busy week.

Although she is a pageant veteran, most recently participating in last year’s Miss Michigan pageant after winning the Miss Shoreline title in 2020 before the pandemic hit in March of that year, the national pageant will present new situations.

“One of the main differences is the level of competition. Before it was the best of the best in Michigan with 20 some girls competing in Michigan. Now it is the best of America,” Mikaela said.

She said other differences include that the Tennessee pageant is more volunteer-driven. Another big difference is the inclusion of the health and fitness portion that includes a swimsuit competition.

The pageant provided a list of 50 questions that may be asked during the interview portion of the event.

“They gave us a description of who Miss Volunteer America is and what they are looking for. They are looking for a motivated young woman who is able to communicate not only with her community but communicate with those in higher power to create change. They want someone who can make a difference,” Mikaela said.

Among that list of questions, she anticipates a question or two on how people have reacted to the pandemic and reactions afterwards.

“How to necessarily travel around America while still staying safe and following state guidelines are certain to be asked about. I am ready for those type of questions,” she said. “Another question I am ready for is current events. There is a lot going on in the world outside of our post-pandemic life and trying to get back to normal.”

For her talent presentation, Mikaela had to change her music, since another contestant had already claimed that title. She found out of the conflict after the recent orientation.

“The new song is Bossa nova, it is very energetic and very fun. It is an amalgamation of all different forms of dance,” she said.

The contestants are divided into three groups. The contestants will compete in five areas of competition including lifestyle and fitness, a 12-minute private interview (the largest portion of a contestant’s score), evening gown, onstage question and talent.

She is part of Group B, doing the interview along with lifestyle and fitness Wednesday. Thursday has her competing in evening gown while Friday is the day for her group to present their talent. Saturday is competition in all events for the semifinalists with the winner crowned that night.

Being selected by a committee to represent Michigan in the pageant is an honor that humbles Mikaela.

“I am honored to come from a small town and be raised by such an amazing community. The whole aspect of this pageant is focused around volunteering. It goes all the way back from when I started as a Girl Scout. I learned the importance of volunteering and how it can impact a community,” Mikaela said.

“The supportive town has given me all the tools I need to be where I am today. Not many girls come from these small towns and find the opportunities to have these things. I am not only blessed to represent Rogers City but represent Michigan as a whole.”

She credits picking up the pageant bug to her mother Missy, remembering watching pageants on television and attending the Miss Rogers City pageant as a little girl.

“I just never knew the opportunity was out there until my mom presented it. My mom made my dream come true,” Mikaela said.

For her platform, Mikaela chose Liberty’s Dream, a cause started by Nancy Tulgestka to rescue dogs to a loving home.

“I’ve always believed in the potential and power that animals have in a human’s life,” Mikaela said. “Working with hometown locals makes it even better.”

The public can support Mikaela by voting for her at the MVA people’s choice section of its website. A streaming option to watch the pageant may also be offered at the website.

The first Miss Volunteer America pageant was set for 2021, but delayed by the pandemic.

Mikaela is the daughter of Missy and Bill Bannon of Rogers City. She is attending Northern Michigan University in Marquette studying medical esthetic science/cosmetology. 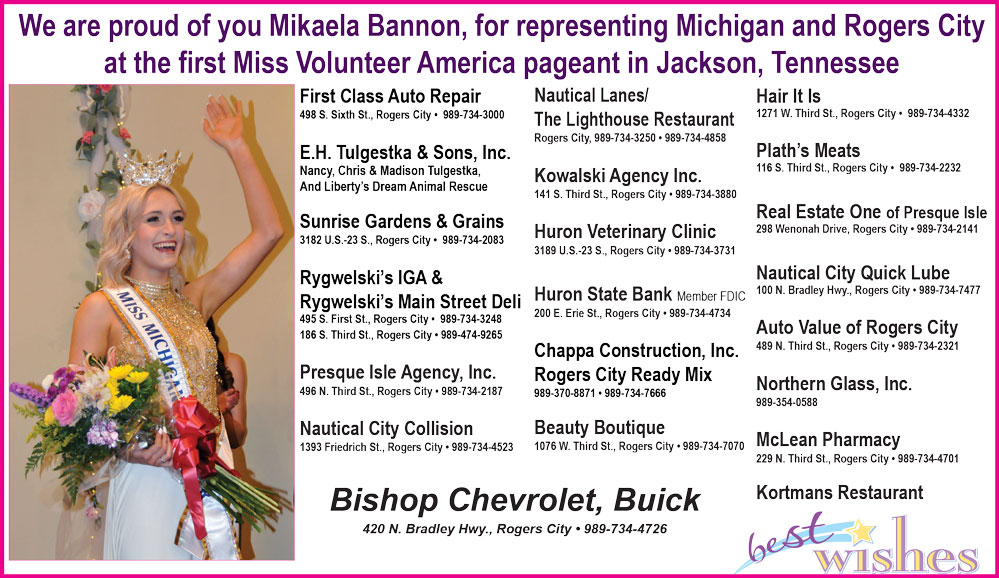