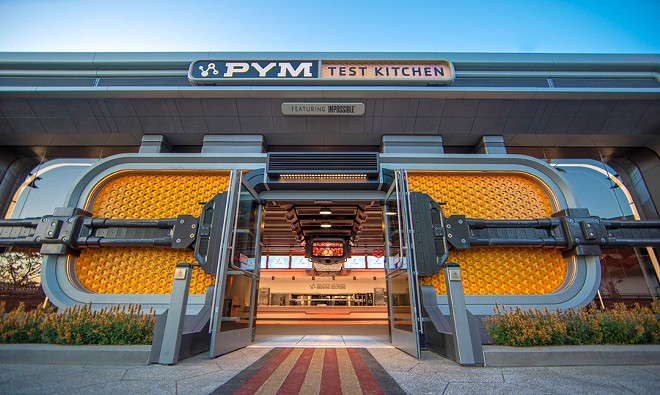 As soon as Disney acquired Marvel in 2009, the company looked for ways to utilize the brand across the entire company.

The media side of things quickly made back the $4 billion acquisition with a line of blockbuster films. Within a decade, three Marvel movies sat in the top ten list of highest-grossing films of all time. Still, on the Parks and Resort side things have taken a bit longer.

A redo of the Tower of Terror at Disney California Adventure to the Guardians of the Galaxy opened in 2017. That same year a 3D motion simulator attraction themed to Iron Man opened at Hong Kong Disneyland. Disney has now confirmed their Marvel-themed land, Avengers Campus, will open at Disney California Adventure in June. Two other Marvel-themed lands are in the works, for Walt Disney Studios Park in Paris and Hong Kong Disneyland. All three lands will be connected with a single in-universe narrative.

These three lands are the first to be realized since the Marvel renaissance kicked off with Iron Man. Despite the massive success of the studio, Disney has its hands tied when it comes to adding Marvel characters in Orlando, thanks to an agreement between Marvel and Universal Orlando prior to Disney’s purchase of Marvel.

Disney has tried to find ways to honor the contract while cashing in on Marvel. The upcoming Guardians of the Galaxy – Cosmic Rewind indoor roller coaster attraction at Epcot is one example. That attraction will feature Marvel characters, albeit none that are present at Universal Orlando, but will have no reference to Marvel in any of its marketing materials. A similar move occurred when a Doctor Strange meet-and-greet took place at Hollywood Studios. There have been rumors of Disney trying to find a way to regain the theme park rights of Marvel properties east of the Mississippi for years, though so far, there’s been little public progress.

In the meantime, Disney has decided to try to work with what Marvel franchises they can in Orlando while building out Marvel-themed lands at their other resorts.

The Avengers Campus in California will include the already opened Guardians of the Galaxy – Mission Breakout! attraction. A Spider-Man ride similar to Toy Story Mania will open this summer, as will an Ant-Man-themed restaurant. A later phase will include an Avengers-themed ride where guests will experience what it’s like to fly on the Quinjet. The Avengers attraction is also planned for Hong Kong Disneyland, where Marvel is replacing that park’s Tomorrowland. 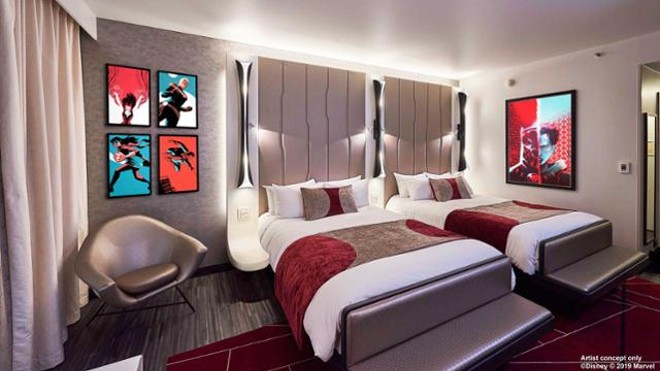 At Walt Disney Studios Paris, the Ant-man-themed restaurant and Spiderman attraction from California will be joined by an Iron Man retheme of the park’s Rock ‘n’ Roller Coaster and a Marvel-themed meet-and-greet. The Disneyland Paris resort is also receiving a Marvel-themed hotel. The Disney’s Hotel New York – The Art of Marvel will be a Marvel art-focused reworking of a wing at the Hotel New York. The modern art museum-themed hotel is a celebration of Marvel artwork and will feature more than 300 pieces of Marvel artwork by more than 110 artists. Both the hotel and land were scheduled to open beginning this year but have since been delayed due to the pandemic. 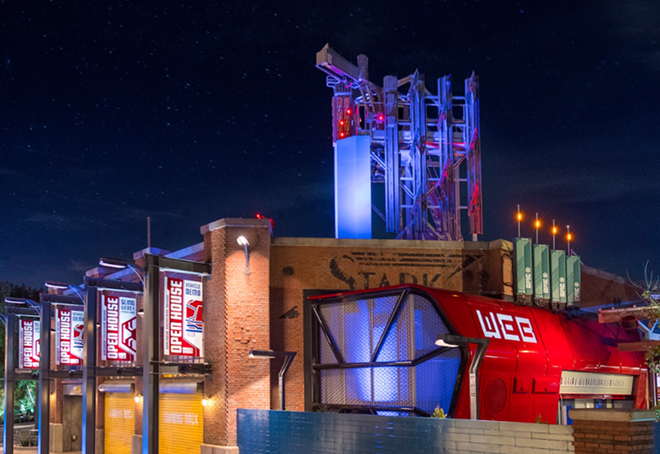 An exhibit focused on the Marvel Cinematic Universe can be found at Shanghai Disneyland and a Big Hero 6 whip ride recently opened at Tokyo Disneyland. But, like Orlando, these resorts have little other Marvel presence.

Despite being more than two decades old, the Spider-Man ride at Universal’s Marvel Superhero Island still ranks as one of the most popular theme park rides in the world. Come June, it’ll be time to see what a new era of Marvel attractions will look like.

The Avengers Campus at Disney California Adventure opens on June 4. California theme parks are scheduled to reopen later this month but will limit capacity and will only welcome local residents for the time being. At this time, there’s no indication on when out-of-state visitors will be welcomed back to California theme parks.